San Rafael and Concord, Calif. – The California Community Choice Association (CalCCA) and MCE announced today that MCE CEO, Dawn Weisz, has received the 2020 CCA Champion Award. The annual award recognizes a leader who has worked to ensure the long-term success and viability of Community Choice Aggregation (CCA) in California. 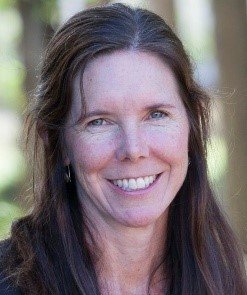 In selecting Weisz to receive the 2020 CCA Champion Award, CalCCA recognizes her enormous contributions as a CCA trailblazer, leader, and tireless supporter. With Weisz at the helm, MCE launched California’s first community choice energy program in 2010 and laid the groundwork for others to follow. There are now 23 operational CCA programs that serve more than 10 million customers in 180+ cities and counties throughout California, growth that sprung from the seeds that were planted by Weisz and MCE a decade ago.

The award also recognizes Weisz’s leadership role in the formation of CalCCA in 2016. CalCCA acts as a unified voice in the policy and legislative arenas, advancing policies that benefit local communities and the transition to a just energy future. CalCCA is honored to recognize Weisz’s dedication as one of the most influential leaders in the fight for clean energy advocacy.

“Sonoma Clean Power recognizes Dawn and MCE’s role in creating the playbook for CCAs,” said Sonoma Clean Power CEO and CalCCA Board President Geof Syphers. “It’s so much easier to be second than first. Under your leadership, MCE made CCAs possible and practical. We appreciate you cheering us on. ”

CalCCA Executive Director Beth Vaughan presented Weisz with the award at the association’s Nov. 12 Board of Directors meeting via video conferencing, noting that Weisz is widely recognized as the “godmother” of community choice.

Weisz’s award (pictured) is made from recycled glass.

“It is an honor to award Dawn with the 2020 CCA Champion Award in recognition of her tremendous contributions to the CCA movement in California,” Vaughan said. “Dawn is the very embodiment of a CCA champion.”

CalCCA board members praised Weisz for her leadership, positivity, and unwavering support for their partner agencies; her willingness to share her time and expertise with emerging CCAs; and her strong relationship with MCE’s Board of Directors and the benefit that relationship has brought to all community choice programs.

“I am honored to accept CalCCA’s 2020 CCA Champion Award,” said Weisz. “MCE started as a dream in the Marin County Civic Center and community and I am grateful to the dedicated advocates, staff, elected officials, and customers who have made CCAs the success they are today. Our goal was to shape the energy industry into something that benefits both people and the environment. The hard work of CCAs across the state has changed the face of power in California and I am proud to be a part of that change.”

This year, 2020, also marks the anniversary of MCE’s first 10 years of service. During this time MCE has reinvested over $180 million in its member communities through cost savings, development of local renewable energy projects, and tailored customer programs. MCE’s impact stretches across its 36-community service area as well as into the entire state of California. For more information on the success of MCE’s first decade of service, please view the 10-year Impact Report.

CalCCA’s Board of Directors selects the recipient of the CCA Champion Award. Past awardees include Assemblymember Al Muratsuchi, Senator Mike McGuire, and Senator Mark Leno.

About CalCCA
Launched in 2016, the California Community Choice Association (CalCCA) represents California’s community choice electricity providers before the state Legislature and at regulatory agencies, advocating for a level playing field and opposing policies that unfairly discriminate against CCAs and their customers. There are currently 23 operational CCA programs in California serving more than 10 million customers. For more information about CalCCA, visit www.cal-cca.org.

About MCE
As California’s first Community Choice Aggregation Program, MCE is a groundbreaking, not-for-profit, public agency that has been setting the standard for energy innovation in our communities since 2010.  MCE offers cleaner power at stable rates, significantly reducing energy-related greenhouse emissions and enabling millions of dollars of reinvestment in local energy programs. MCE is a load-serving entity supporting a 1,200 MW peak load. MCE provides electricity service to more than 480,000 customer accounts and more than one million residents and businesses in 36 member communities across four Bay Area counties: Contra Costa, Marin Napa and Solano. For more information about MCE, visit mceCleanEnergy.org, or follow us on Facebook, LinkedIn, Twitter and Instagram.