Concord, Calif. – California Community Choice Association (CalCCA) members and partners, local and state elected officials, and other distinguished guests gathered in San Francisco on September 24 to celebrate the extraordinary growth, impact, and success of Community Choice Aggregation (CCA) in California. The celebration took place on the 20th anniversary of the signing in 2002 of Assembly Bill 117, legislation that enabled cities and counties to create community choice energy programs in California.

The event program included the presentation of a “CCA Champion Award” to Senator Carole Migden, AB 117’s author, in recognition of her foundational role in the creation of community choice in California, and an inspirational climate-focused keynote address by Tom Steyer, Co-Executive Chair of Galvanize Climate Solutions.

Assemblymember Richard Bloom presented to the CalCCA Board of Directors a California Legislature Resolution, co-signed by Bloom, Assemblymember Robert Rivas, Senator Mike McGuire, and Senator Scott Wiener, honoring the positive impacts CCAs have made throughout the state. The event also featured the premiere of a new video, “Powered by Community: California’s CCA Story,” narrated by actor Peter Coyote. 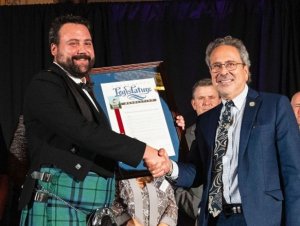 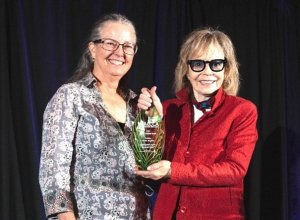 There are now 24 operational CCA programs in California serving more than 11 million customers—about one-quarter of the state’s population—in 200+ cities and counties throughout the state.

Since 2010, CCAs have signed contracts for 11 Gigawatts (GW) of new-construction, clean energy projects with over one-third of those projects already operational. That equates to more than $13 Billion invested by CCAs in long-term power purchase agreements and up to 11,000 union construction jobs. 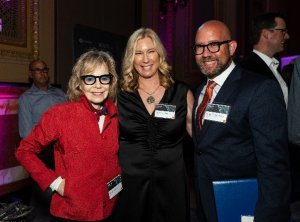 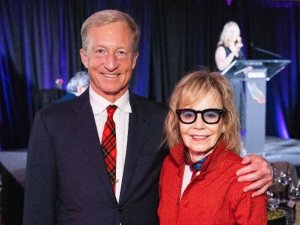 Migden served in the California State Assembly from 1996 to 2002 and State Senate from 2004 to 2008. She authored many successful bills including the strongest Clean Water Act in the nation and the first anti-predatory lending bill in the country. Migden also created incentives to encourage adoption of hard-to-place foster youth and assured them housing until the age of 21, and went on to provide for rapid HIV testing and to allow HIV patients access to organ transplants.

Migden is the subject of the award-winning 2016 documentary, “Political Animals,” which chronicles the ground-breaking LGBT civil rights victories of the first four openly gay elected California state legislators, all women.